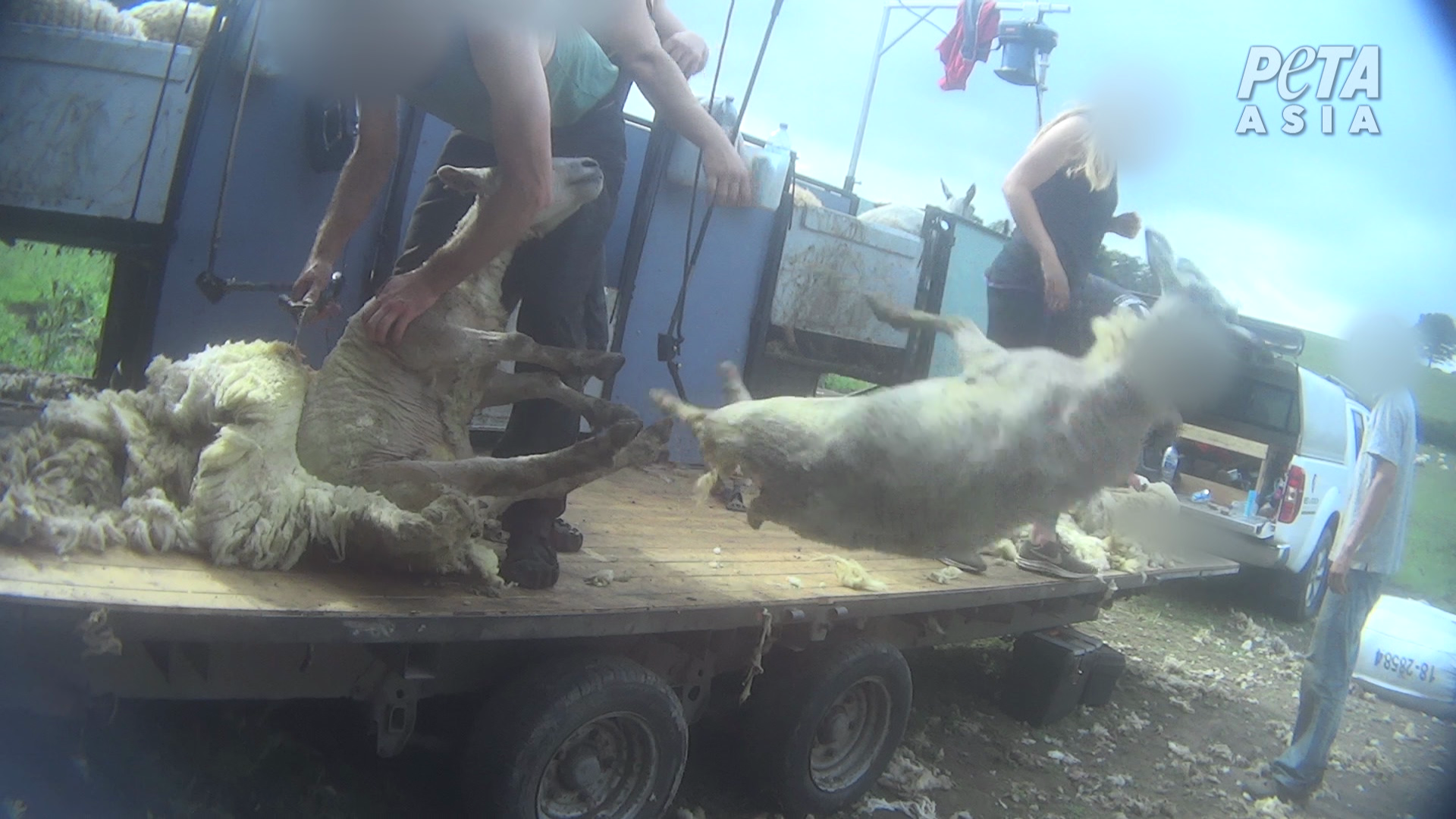 An eyewitness went to 25 English farms and saw cruelty at every single one of them.

When sheep panicked while they were being pinned down, the shearers stamped and stood on their heads and necks, squeezed their throats, and kicked them in the abdomen. They threw sheep around, twisted their necks and legs, and slammed their heads and bodies into the wooden floors.

Shearers also violently punched sheep in the face and beat and jabbed them in the head with clippers.

After watching the footage, Clive Phillips, a professor of animal welfare at the University of Queensland, said the following:

Throwing sheep from a significant height … when they are in a state of extreme distress is likely to result in injury to the sheep, broken limbs, neck etc. … Such an experience undoubtedly constitutes suffering on the part of the sheep. [These actions were] deliberately inflicted and lasted for more than just a short period of time.

Workers didn’t give sheep any pain relief before piercing their flesh with a needle – which the eyewitness never saw being sterilised – and trying to sew up gaping, bloody wounds caused by rough shearing. Some animals were suffering from reported mastitis – a painful infection of the udder – prolapsed uteruses, and bloody hooves. The eyewitness never saw injured or sick sheep receive any veterinary care.

According to Donald Maurice Broom, a professor of veterinary medicine at the University of Cambridge, sewing up a cut without any anaesthetics and throwing sheep cause pain and suffering to the animals to a degree that is contrary to the recommendations for legal practice by the World Organisation for Animal Health and other international bodies. These actions are illegal in most countries.

A farmer dragged two sheep who were unable to walk into a shed and left them without veterinary care. They eventually died. Several more died of a condition that a farmer called a “heart attack” during shearing.

Lesley Rogers, a professor of neuroscience and animal behaviour at the University of New England, said, “Sheep are a flocking species and it is known that they suffer by seeing other sheep suffer. It is very inhumane practice to simply let suffering sheep die without assistance.”

Following the investigation in England, an eyewitness went into shearing operations in Scotland and found that similar cruelty was routine.

Workers there violently punched sheep in the face, slammed their heads into the floor, beat and kicked them, and threw them off shearing trailers. When they panicked – as prey animals do – the shearers stamped, stood, and knelt on their necks and abdomens.

The eyewitness never saw workers provide any pain relief before stitching up sheep who had been badly cut during shearing.

In the video, you can see one sheep suffering from mastitis who could not stand up. A worker said she was going to be shot.

Some sheep went limp during shearing. Workers dragged them off the trailers and left them to die, and the eyewitness saw one of them die shortly after shearing.

On one farm, a farmer dragged a sheep, who appeared to be dying, by one leg, forcing her to bounce along the hard rocky soil for several metres. Another shearer dangled a dying sheep off a shearing platform and propped her against a railing, where she convulsed and died shortly afterward.

The video evidence captured by investigators was handed to the authorities with a formal complaint, and in 2020, a Scottish farmer pleaded guilty to cruelty to animals.

In total, abuse has been documented at all 49 UK farms and shearing sheds visited by investigators.

Read More: The US 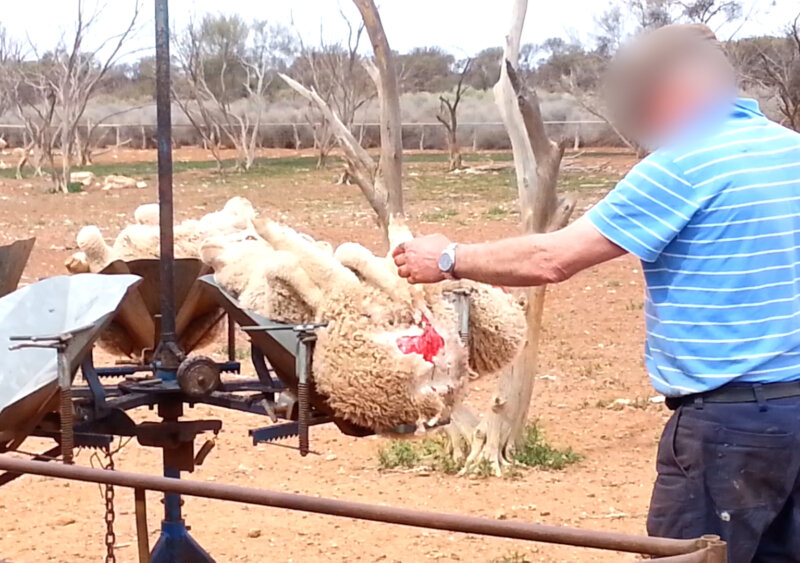 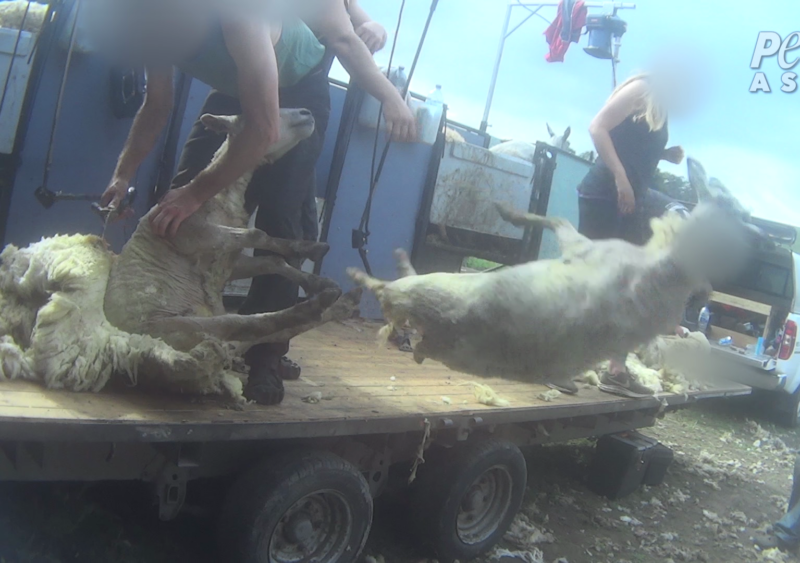 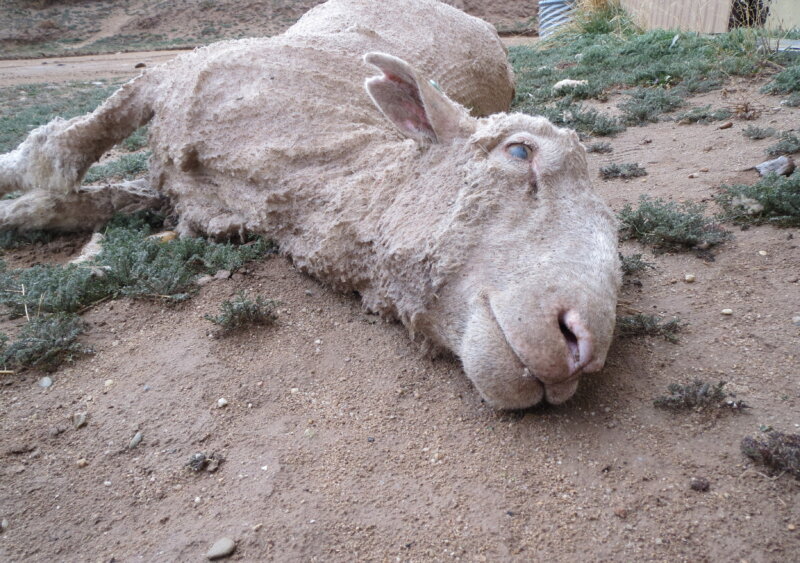 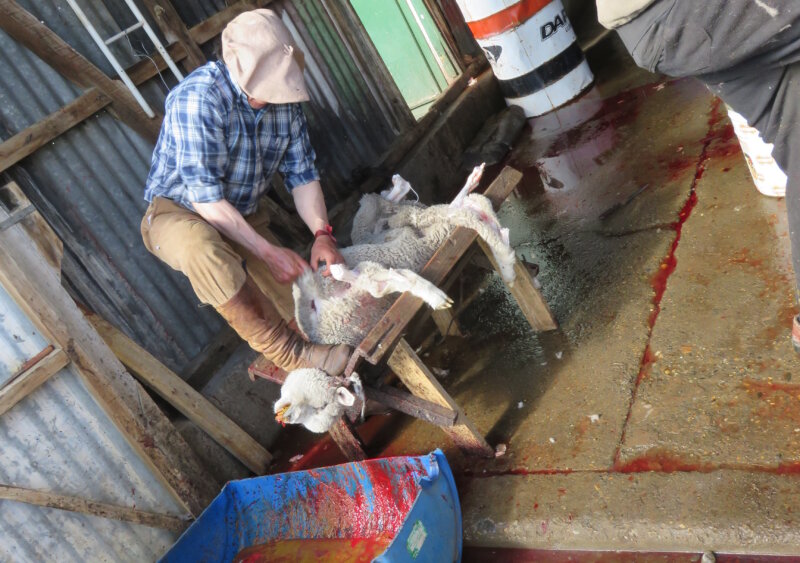