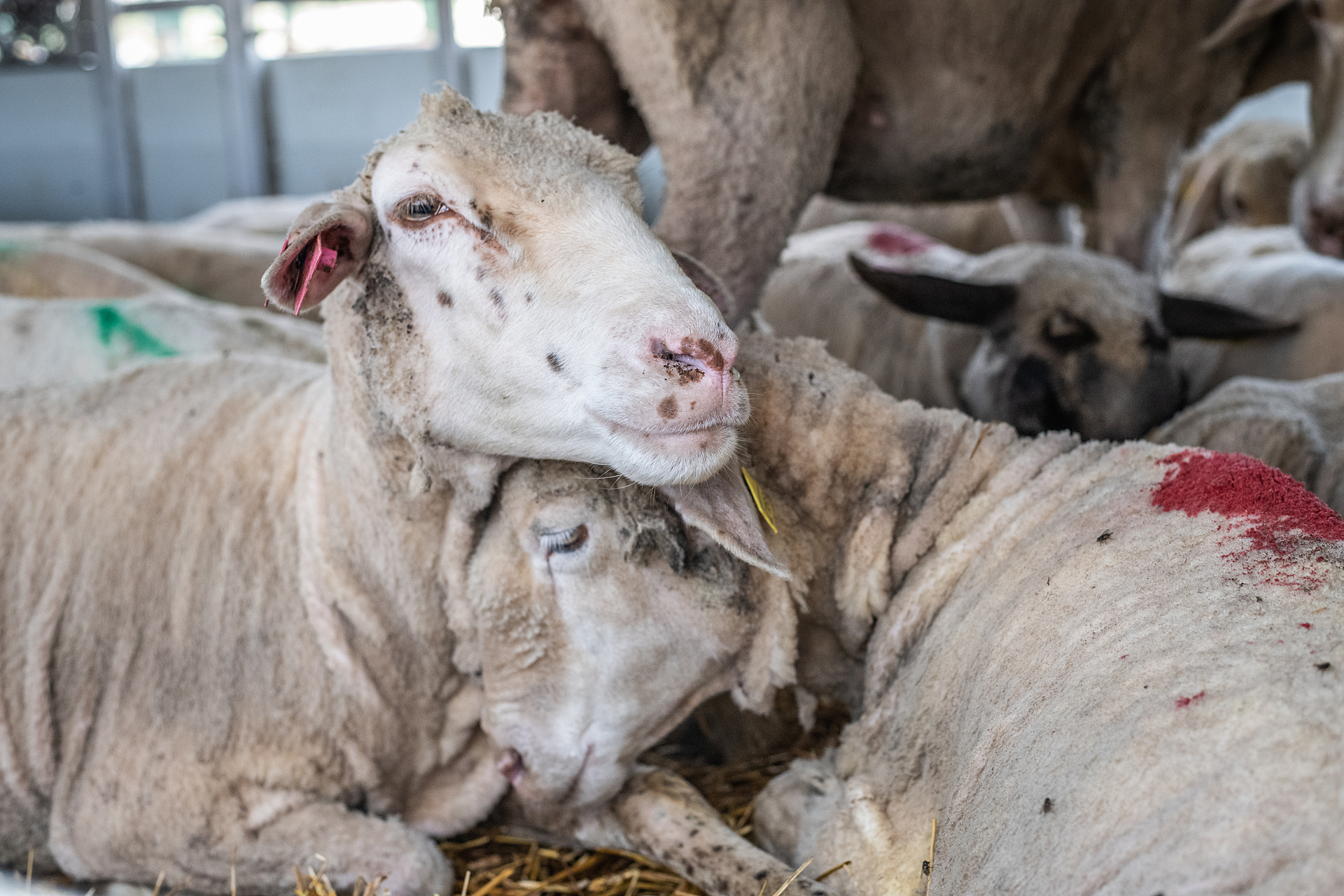 Every year, millions of sheep – including some whose wool production has decreased – are loaded onto severely crowded, multi-level cargo ships to endure live export to the Middle East or North Africa. The voyage can last weeks, during which the animals can be exposed to a variety of extreme weather conditions.

During transport, many sheep fall ill or starve to death because they aren’t used to the pellet food provided on board. Lame ones are trampled, unable to lift their heads from the faeces-laden floors. The crowded conditions and heat stress contribute to outbreaks of diseases such as conjunctivitis (aka “pink eye”) and salmonellosis.

To give just one example of the horrors of live export, 2,400 sheep died from heat stress on just one ship travelling from Fremantle to the Middle East in 2017.

The suffering doesn’t end for those who survive the journey. There are virtually no laws to protect animals in the countries they’re sold to, and they’re often subjected to abuse and methods of slaughter that are illegal in Australia. Investigators have seen animals being roughly dragged from ships, sometimes by their legs. Many are thrown into trucks and cars, and most of their throats are cut with blunt or otherwise unsuitable knives – while they’re still conscious – a terrifying and agonising way to die.