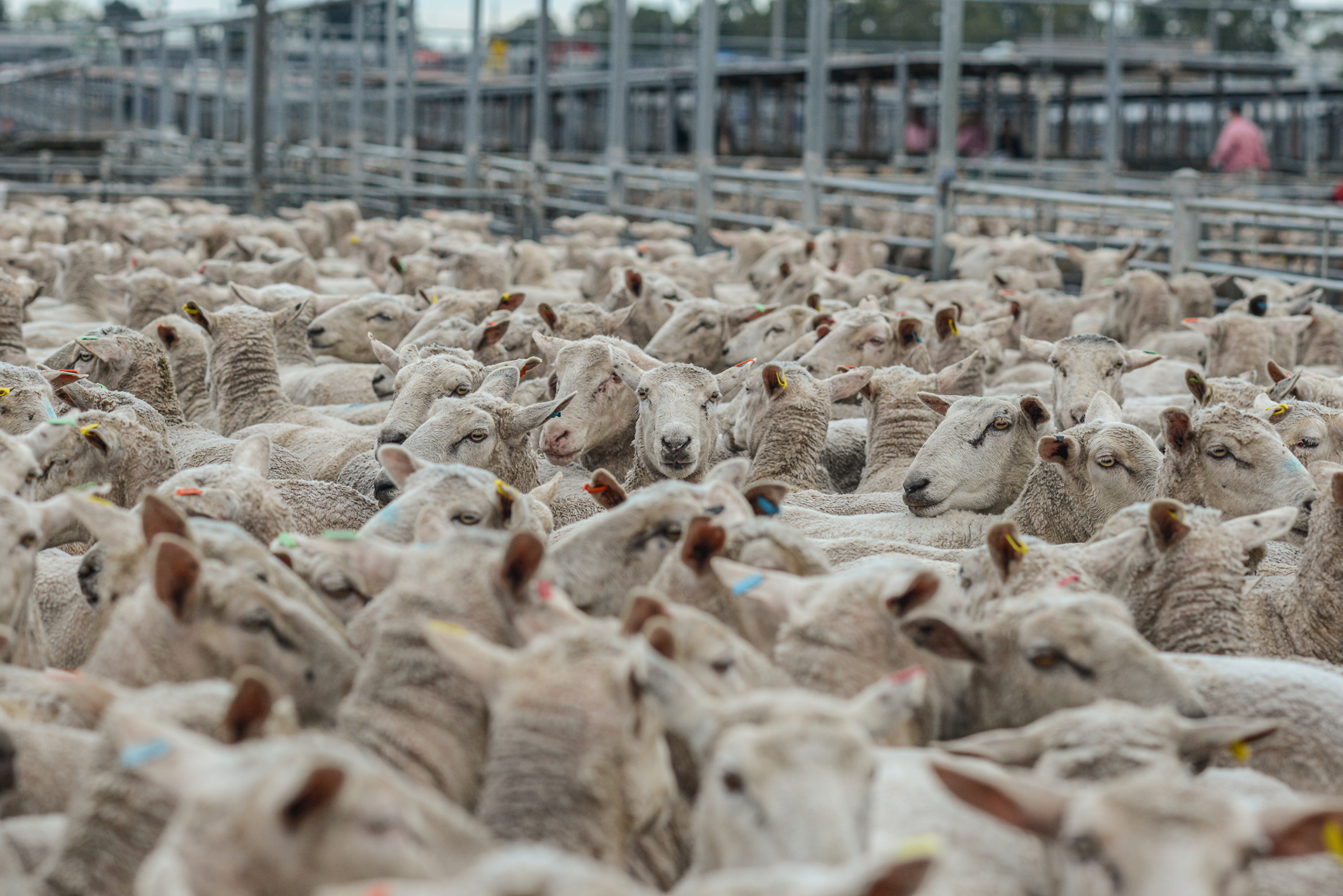 Sheep bred for wool are also slaughtered for meat at a fraction of their natural life expectancy.

Sheep can reach 14 years old, but in the wool industry, they’re lucky if they live even half of that time. Some lambs are shorn once and sold for lamb meat at just 6 to 9 months old.

Just as human hair starts to thin and become brittle as we age, the same happens to sheep’s wool, making them less profitable. When sheep used for wool are around 5 or 6 years old, they’re taken to saleyards and sold to the highest bidder – usually either an abattoir or a live exporter.

In vast countries like Australia, the journey to the abattoir is a long one, without food, water or a safe place to life down. A study published by the Commonwealth Scientific and Industrial Research Organisation (CSIRO) found that up to 50% of lambs are suffering from dehydration by the time they arrive at an abattoir.

A single abattoir kills thousands of sheep and lambs every day. Because of the fast pace of slaughter lines, stunning, which is delivered with an electric shock or a captive-bolt gun to the head, is often partially or totally ineffective. Within minutes, sheep can regain consciousness before their throat is sliced open.

Their final moments are spent surrounded by the stench of blood and faeces and the screams of their companions.