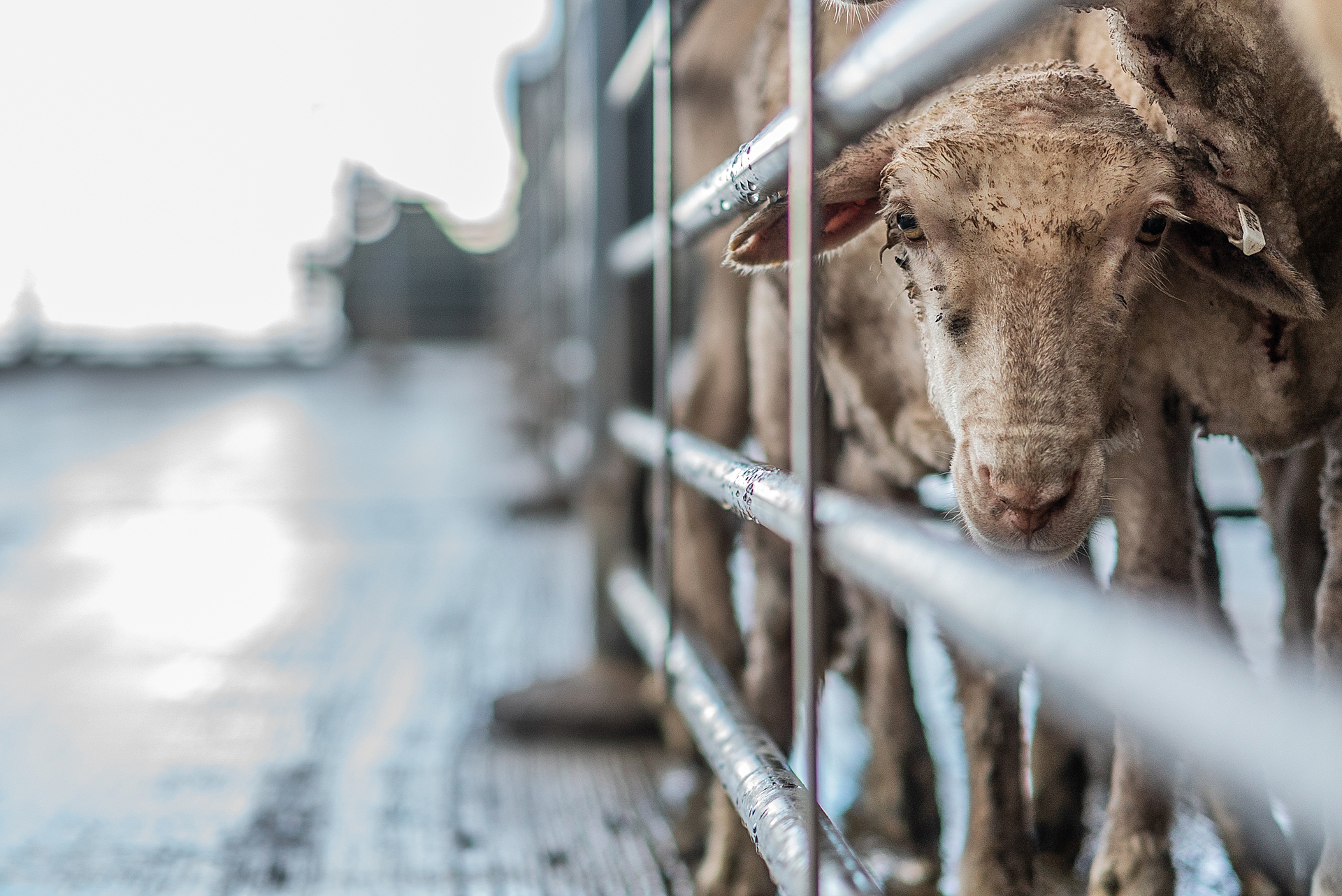 Every year, billions of animals enter saleyards around the world, where they are then sold at auction to farms or abattoirs. These facilities often operate on a massive scale – some Australian saleyards process tens of thousands of sheep, including those used for wool, on a busy day.

Saleyards are overwhelming and stressful for sensitive sheep, who are prey animals and find noisy, busy environments very frightening. Saleyard staff use noise and intimidation to scare and herd them from one pen to the next, prodding them with sticks and using dogs to chase the frightened and confused animals.

Sheep can be squashed together into pens so tightly that they may not be able to get up again if they fall and they can be crushed by those around them.

The video below, which was filmed at an Australian saleyard in 2016, shows some sheep who have fallen. Their heads are crushed between others’ bodies, or they’re squeezed up against the metal fencing.

The eyewitness investigator reported that the temperature hit 40 degrees Celsius that day. Many sheep can be seen panting in the extreme heat and have no access to shade or water. Despite Australia’s hot climate, there are no legal requirements for shade or shelter at saleyards or on farms.

Injuries are common in saleyards, and animals are often left to suffer without any veterinary attention. Sheep sometimes slip on the urine-covered ground, and it’s not unusual to see broken legs, backs, and necks. Animals who are unable to get up and move are called “downers” by the industry.

Those deemed to have no commercial value are shot with a captive-bolt gun. Often, this doesn’t kill them immediately, and they may suffer in agony for some time before either their throats are slit or they eventually die on their own.

For most sheep, saleyards are the just the beginning of the end. They’re taken directly to slaughterhouses or crammed onto ships as part of the live-export industry.