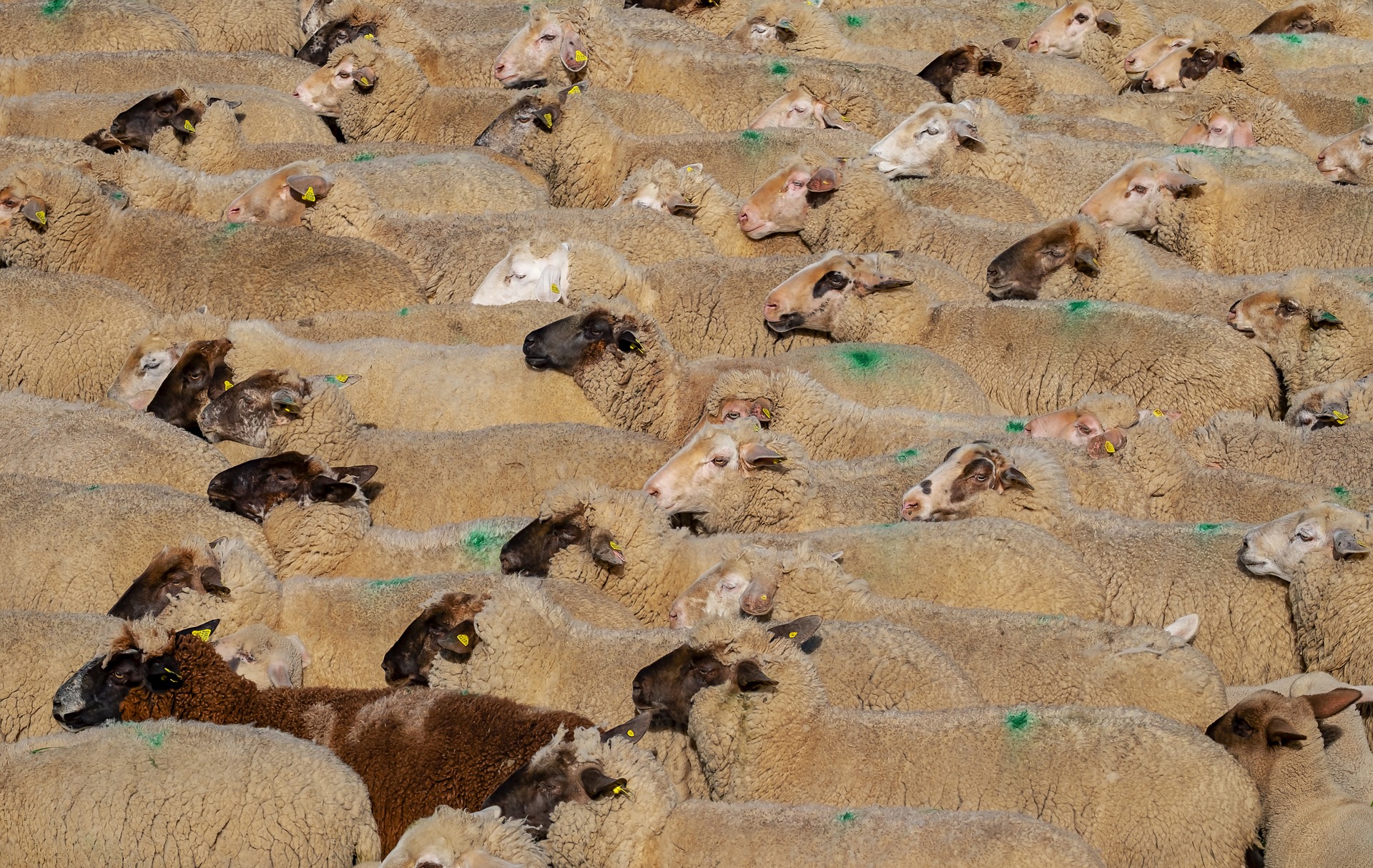 The Responsible Wool Standard (RWS) is a label designed to market wool as ethical in the face of mounting criticism about animal welfare and environmental issues uncovered in the industry.

Although farmers pay levies to Textile Exchange to be included, RWS certification is voluntary and supposedly independent. But just how rigorous is it, and what exactly does it protect sheep from?

Problems With RWS Auditing and Monitoring

Within the RWS framework, monitoring is done primarily through announced farm visits, but giving wool operations prior notice eliminates the opportunity to conduct a meaningful inspection. Evidence of cruelty can be hidden for the duration of the visit, meaning that inspectors – and, ultimately, wool buyers at both the corporate and consumer levels – aren’t privy to the abuse and suffering sheep really endure when no one is watching.

By contrast, undercover investigations capture footage of business as usual on farms. Farmworkers have been filmed kicking, throwing, punching, and standing on sheep.

The RWS claims to undertake unannounced visits – however, the auditor still gives farms up to 48 hours’ notice of an inspection.

Furthermore, farms are subject to only one audit per year, meaning there’s simply no way for auditors to get an accurate account of the treatment of sheep the other 364 days of the year.

In short, whether or not inspections are classified as “announced”, inspectors always provide farms with advance notice, giving them a chance to clean up and conceal any evidence of cruel practices.

What About off the Farm?

This means that Textile Exchange has no supervision or control over slaughterhouses and can’t ensure that animals are being humanely transported and killed.

Sheep are sensitive prey animals who experience great distress and pain when subjected to the standard on-farm procedures allowed under the RWS guidelines.

These procedures include the following:

The RWS allows electroejaculation as long as it is performed by a veterinarian and is not “routine”. However, the RWS doesn’t lay out any requirements for pain relief during this procedure, even though major veterinary associations such as the Australian Veterinary Association and the Canadian Veterinary Medical Association have acknowledged that it causes discomfort to rams. Furthermore, the use of the word “routine” is vague and open to interpretation by farmers.

Of even greater concern is the stipulation that pain relief for castration and tail docking procedures and serious shearing injuries is required only “when suitable pain relief is available”. This vague language allows farmers to choose not to administer pain relief if doing so is inconvenient or expensive.

The RWS also allows farmworkers to cut sheep’s throats without prior stunning in the case of emergency euthanasia if the farm doesn’t yet have the appropriate equipment for stunning.

Although the RWS suggests sheep should be handled in a way that minimises stress during shearing, it does not require the use of specific methods – such as CCTV monitoring or cameras in sheds – to ensure that abuse isn’t occurring.

Nor does the RWS address how sheep are restrained during shearing. Failure to specify the standards for all aspects of shearing invites the type of abuse that’s been documented repeatedly within shearing sheds.

Additionally, shearers are only required to stop shearing when a cut or an injury is considered “severe”. But like so many other requirements within the RWS, this is open to interpretation, meaning shearers can (and often do) continue to shear a cut or otherwise injured sheep if they perceive the animal’s wounds to be less serious.

Shoppers are becoming more concerned about the ways their purchases affect animals, and they’re leaving products that harm animals and the planet on the shelf.

Knowing this, industries that exploit animals have increasingly turned to labels that reassure consumers that their products are harmless – but labels can be misleading.

For example, companies are allowed to make general, non–product specific marketing claims related to the RWS even if their full supply chain is not certified.

Somewhere along the RWS supply chain, sheep could have been subjected to egregious cruelty – including beatings, painful procedures, and an agonising death – and consumers would never know.

A label that allows uncertified operations to exist within its supply chain really provides no assurance at all.

Similar to greenwashing in numerous sustainability claims that don’t hold up under scrutiny, the RWS is an attempt at humane-washing wool.

The animal welfare elements of the RWS are supposedly in place to protect sheep from cruelty. But as with similar certifications, all it does is lull consumers, designers, and brands into a false sense of security.

Any industry that commercialises animals will always prioritise profit over welfare. For consumers and retailers, the easiest way to do no harm is to refuse to buy into animal exploitation at all.