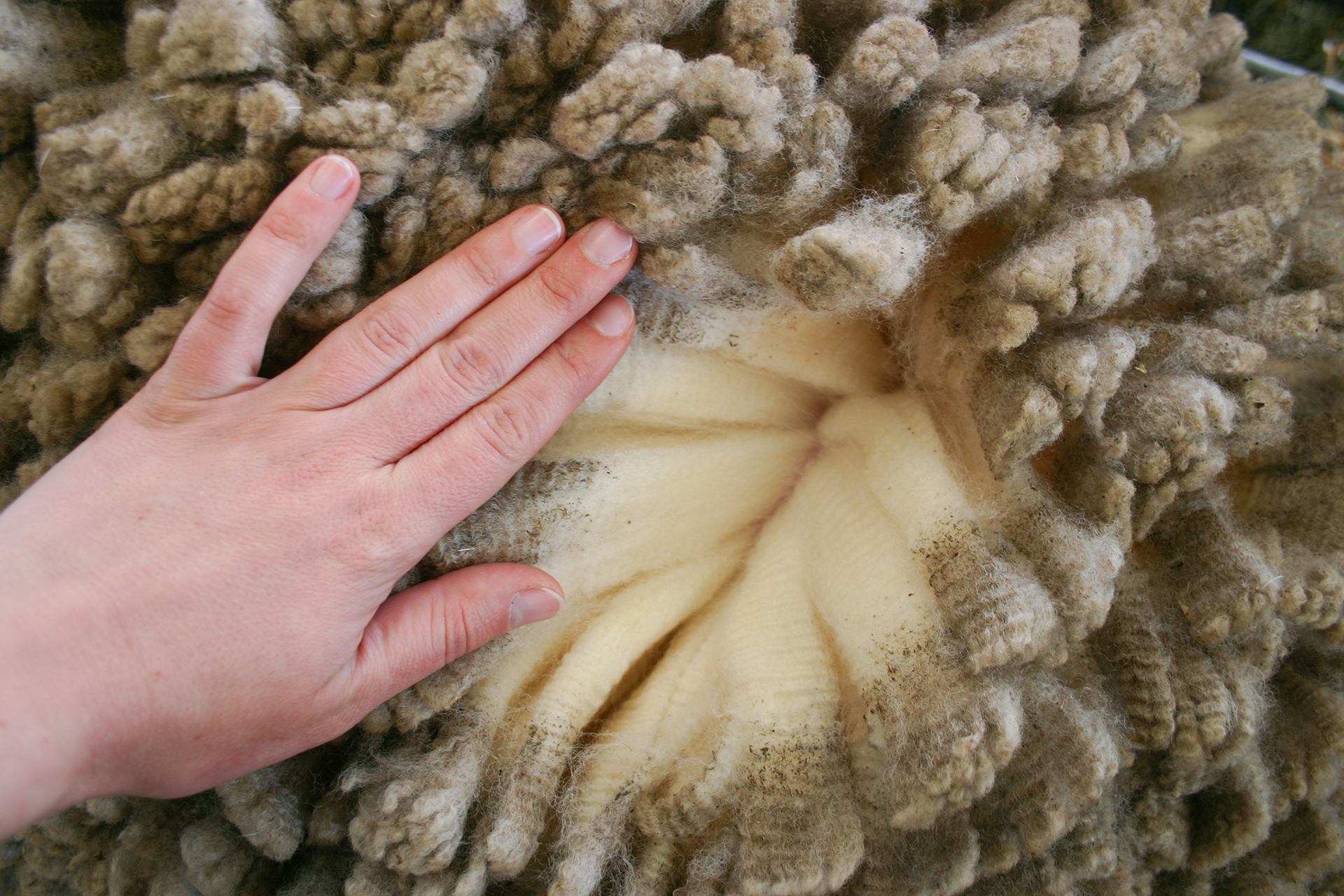 While the industry, by omission, deliberately misleads the public with claims that “sheep need to be shorn”, no animal naturally evolved to need human interference to survive. The reason some sheep, like merinos, do need to be shorn today is because humans have bred them to be that way. Science writer Jessica Orwig notes that the merino “doesn’t even qualify as a freak of nature because nature would never make such a sheep. They are an evolutionary nightmare.”

Selective merino breeding in Australia began shortly after the arrival of the First Fleet at the end of the 18th century. Selective breeding, or artificial selection, is when humans choose and breed animals for particular genetic characteristics. In the case of sheep, the desirable characteristic is an overburden of wool.

In modern farming, artificial insemination (AI) is used. More than 500,000 sheep are subjected to this process annually in Australia (along with 300,000 in France, 60,000 in Spain, and 50,000 in Canada). Natural mating is increasingly being abandoned in the industry, as there is less ability to control genetics and birth synchronisation across flocks.

While AI regimes have been successful at making sheep more profitable, the excess wool created by selective breeding has impeded the animals’ ability to regulate their body temperature by naturally shedding wool and causes urine and faeces to become trapped and matted in it, attracting flies and maggots.

The collection of ram semen was developed in the 1960s and is now routinely used by stud breeders. There are two main methods in use: tricking a ram into mounting an artificial sheep vagina and electroejaculation.

Rams are electroejaculated by inserting a rectal probe into their anus and forcing them to release semen. According to the Australian Veterinary Association, this causes a stress response in the rams, even those who are frequently subjected to electroejaculation.

There are entire studs devoted to creating breeding stock and even companies that supply equipment used to mechanise the insemination process.

The video below was originally shared by Kerin Poll – an Australian sheep-breeding business – in 2017. It features an artificial insemination cradle and sheep loader made by Peak Hill Industries.

Kerin Poll charmingly called its machine the “Sperminator”. Not surprisingly, the video incurred the undisputed wrath of the internet, and after receiving widespread criticism, Kerin Poll removed the video and deleted its Facebook page altogether.