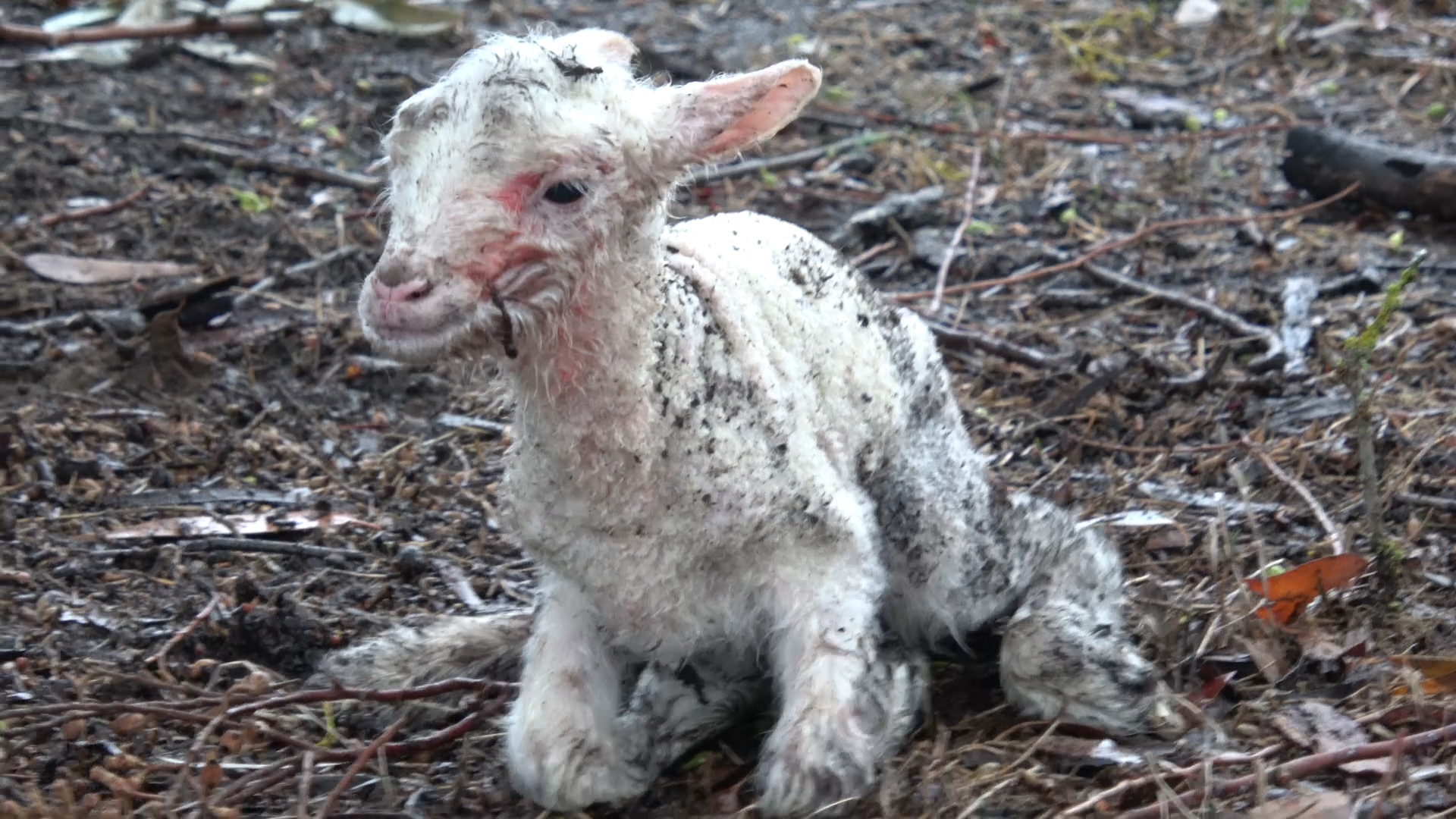 There’s an old saying that goes, “Where there’s livestock, there’s dead stock,” and it’s never truer than in sheep farming.

The Australian industry estimates that around a quarter of newborn lambs – that’s 10 to 15 million animals – die annually from exposure or starvation within their first 48 hours of life.

In the UK, hundreds of thousands of lambs die before they’re even 8 weeks old and 15% of lambs don’t survive infancy, primarily because of lameness caused by untreated bacterial infection.

Meanwhile, a single storm on the North Island of New Zealand in 2018 caused the deaths of more than 100,000 lambs.

The wool and lamb-meat industries are one and the same, as farmers often sell both simultaneously, and many sheep are forcibly impregnated so that they give birth during the winter months. Winter lambing is used so that babies can be weaned in the spring, when the fields are most fertile. It’s all about producing the highest number of lambs at the lowest cost.

Farmers have selectively bred sheep not only to produce more wool than is natural but also to increase the number of multiple births. Sheep farmers now have access to genetics technology that ensures sheep will carry twins, triplets, or even five or six lambs at a time. But the survival rate of these babies is grimly low.

Many lambs are simply born too small and weak to survive and are abandoned by their flocks, while others are orphaned when their mums die of illness or don’t survive the birth. Ewes carrying twins or other multiples can develop pregnancy toxaemia, also known as “lambing sickness” or “twin lamb disease”. Commercial sheep stations may have tens of thousands of sheep at a time and cover unthinkably large areas of land, making it impossible to monitor each individual pregnant ewe and newborn lamb. Dead lambs and ewes may not be found for days or even weeks, their decomposing bodies luring foxes, wild dogs, and birds of prey closer to the flock, resulting in more deaths.